ã€ Instrument R & D of Instrumentation Network ã€‘ Recently, the research team of Prof. Xie Pinhua from Anguang Institute has made new progress in the study of the vertical distribution of atmospheric HONO. The title was published in the international academic journal Atmospheric Chemistry and Physics (Atmos. Chem. Phys. 20, 5071â€“5092, 2020) (SCI Zone 1). 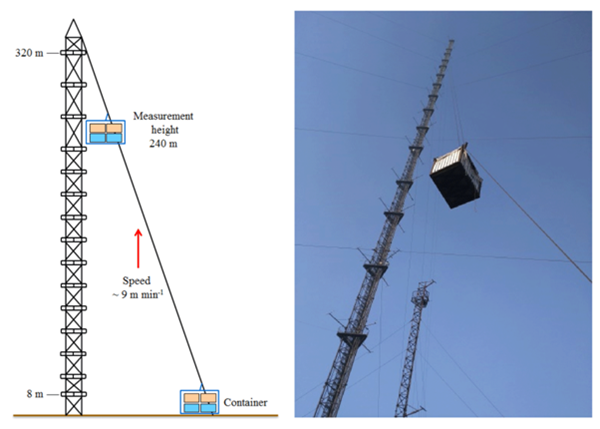 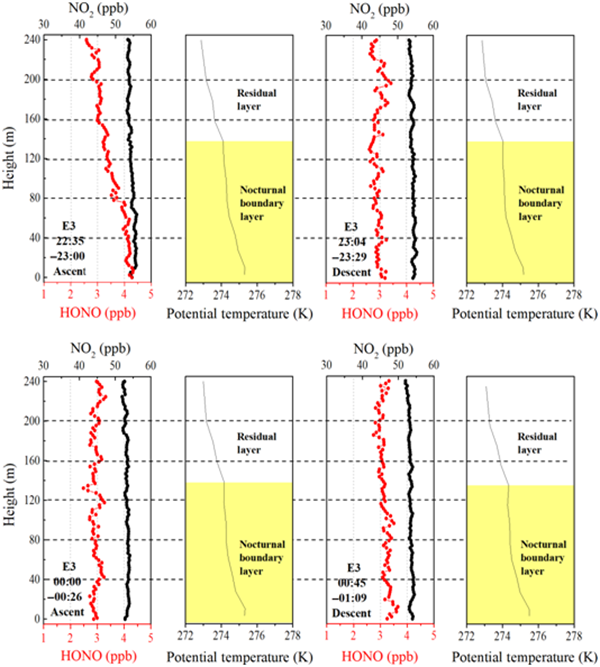 Figure 2 Vertical profiles of HONO, NO2 and potential temperature at night
As an important precursor of OH radicals, HONO's photolysis contributes 25% â€“60% of OH radicals during the day and plays an important role in atmospheric photochemical reactions. Despite decades of research on atmospheric HONO, its detailed formation mechanism is still controversial, and the formation of HONO on the ground surface and aerosol surface at night is still one of the research hotspots. Therefore, in view of the high smog pollution in Beijing, it is important to understand the formation of HONO at night by studying the vertical gradient of HONO at night and studying the generation of HONO on the ground surface and aerosol surface at different pollution stages.
Researcher Qin Min and other researchers used the incoherent broadband cavity enhanced absorption spectroscopy (IBBCEAS) system combined with the 325-meter meteorological observation tower podium platform of the Institute of Atmospheric Physics, Chinese Academy of Sciences to measure the high-resolution vertical profiles of HONO and NO2 in winter in Beijing in 2016. Related auxiliary data analyzed the sources of HONO at different pollution stages at night. At different aerosol levels, HONO sources at night showed different changes. During the cleaning period, the surface of the night dominates the heterogeneous generation of HONO; during the haze, the amount of heterogeneous HONO generated on the aerosol surface is equivalent to the concentration of vertically observed HONO. The high-level HONO at night mainly comes from the generation of heterogeneous HONO on the aerosol surface. During the cleaning period and the smog period, the average dry sedimentation rates at night were 0.74 Â± 0.31 and 1.55 Â± 0.32ppbh-1, respectively, indicating that a large amount of HONO may have settled to the ground surface at night. Based on the vertical observations of HONO and NO2 at night, this study evaluated the changes in the contribution of heterogeneous HONO generation on the ground surface and aerosol surface at different pollution levels, which is of great significance for studying the mechanism of HONO source and sink at night.
The research work was supported by the National Natural Science Foundation of China's major research project cultivation project (NO. 41330424) and the National Natural Science Foundation of China's international (regional) cooperation and exchange (Sino-British) project (NO. 41571130023).